The Zeedijk already attracted gays and lesbians in the 1920s and there are still two cafés here with the traditional Amsterdam cosiness: 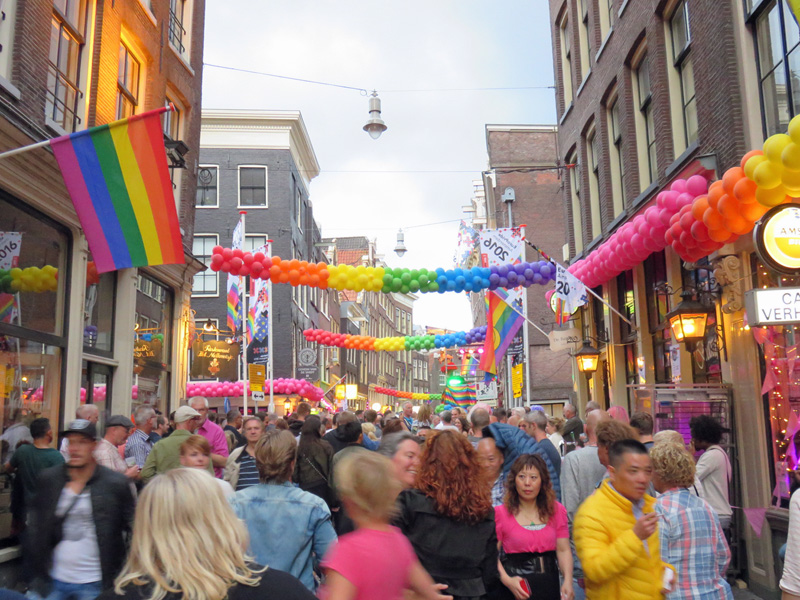 Street party at Zeedijk during EuroPride 2016 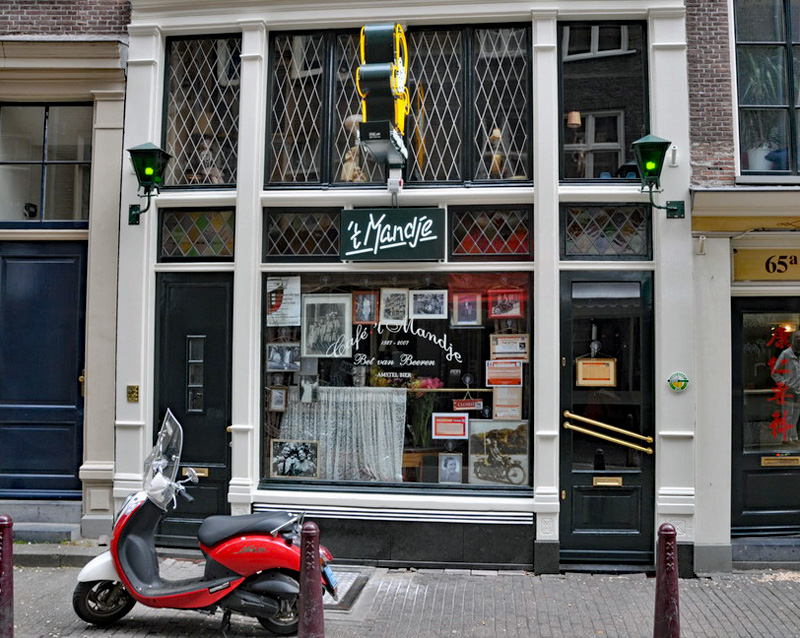 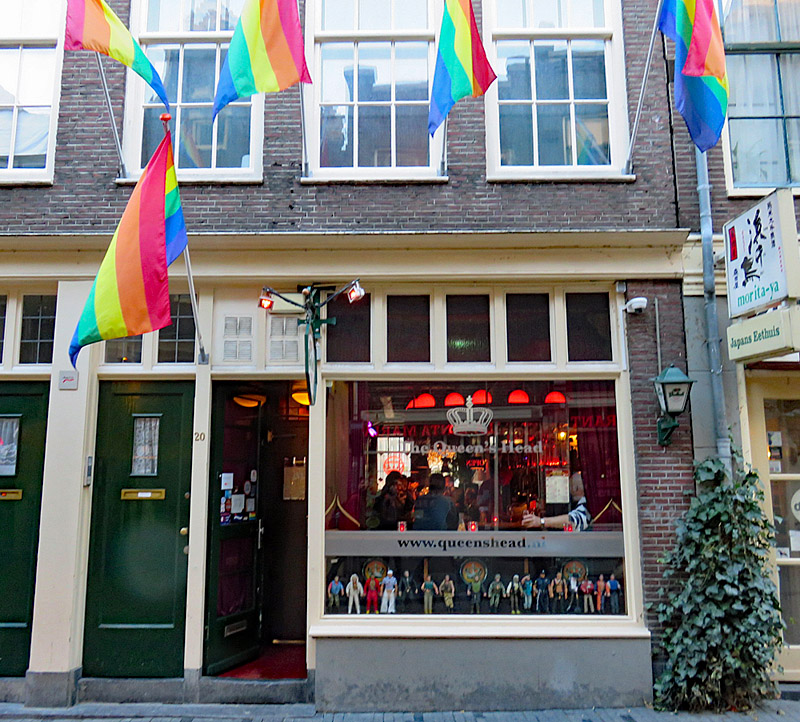 Café The Queen's Head at Zeedijk 20 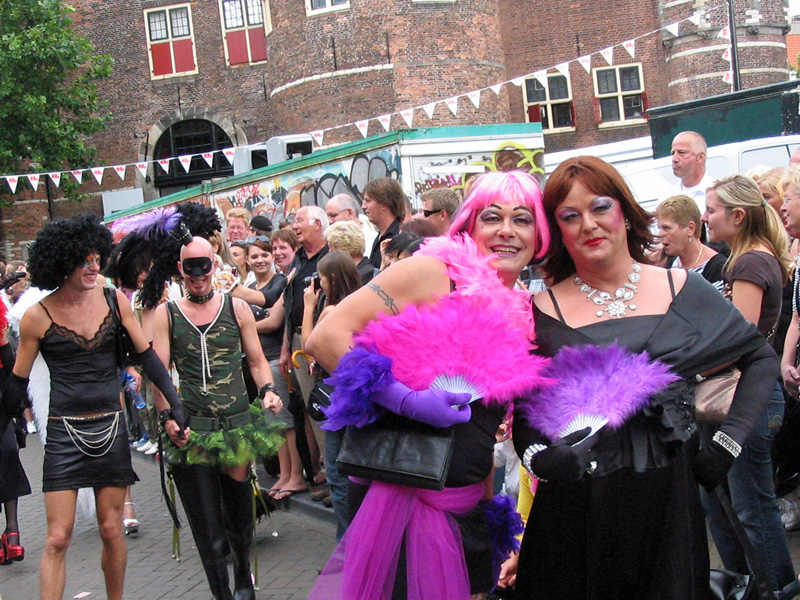 Participants of the Hartjes parade in 2007
Click to enlarge

History
of the gay & lesbian places at Zeedijk


Already in 1927, café 't Mandje opened at Zeedijk and attracted a mix of dykes, queers, whores and folk boys. A similar variety of people visited café Monico, which was located at the nearby Lange Niezel for no less than 60 years: from 1941 to 2001. 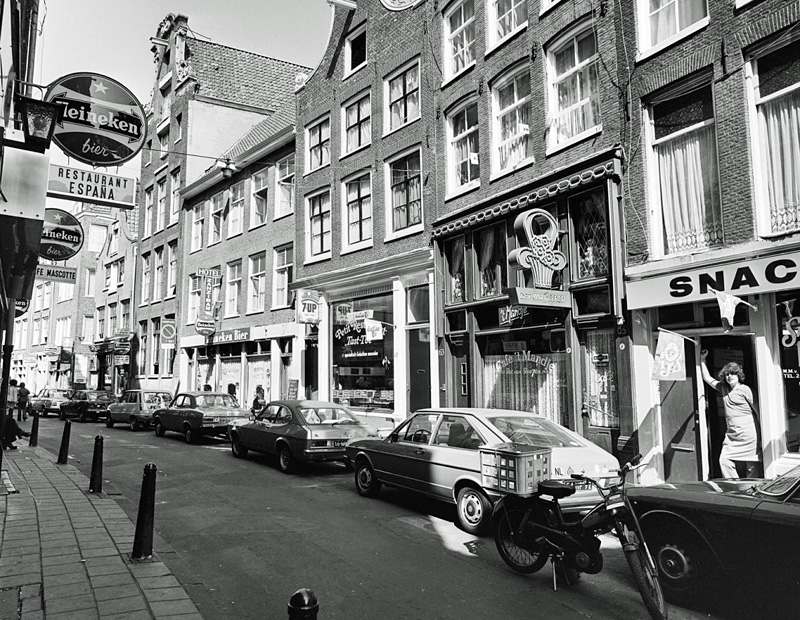 In the 1960s and '70s a few more gay places opened at Zeedijk, but in the 1980s all of them were closed down. However, 't Mandje was reopened in 2008, making it the oldest still existing LGBT bar of Amsterdam.

In the northern part of the Zeedijk, a concentration of four gay bars emerged around the year 2000, of which nowadays only The Queen's Head still exists.


More about the history of the gay & lesbian places at Zeedijk will follow later! 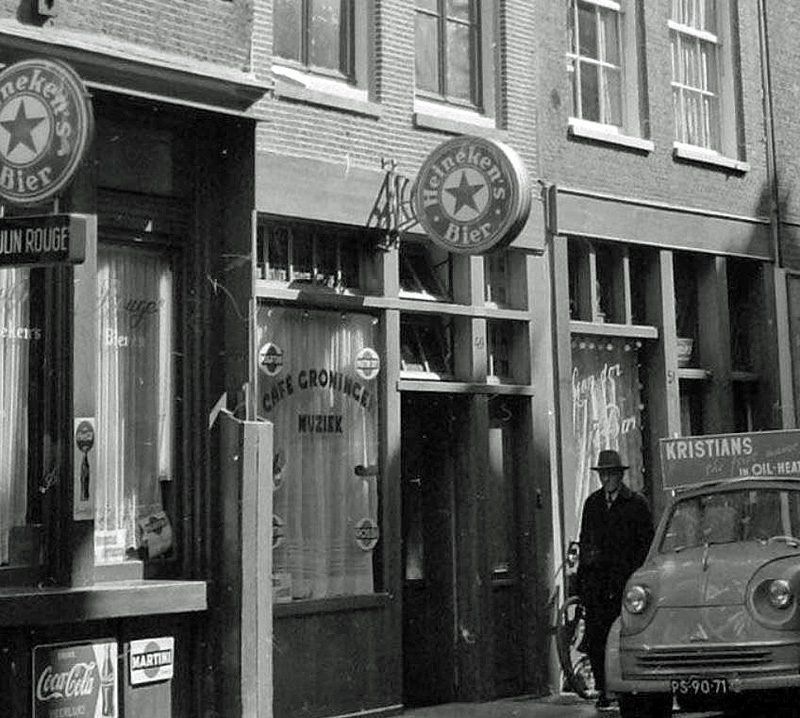 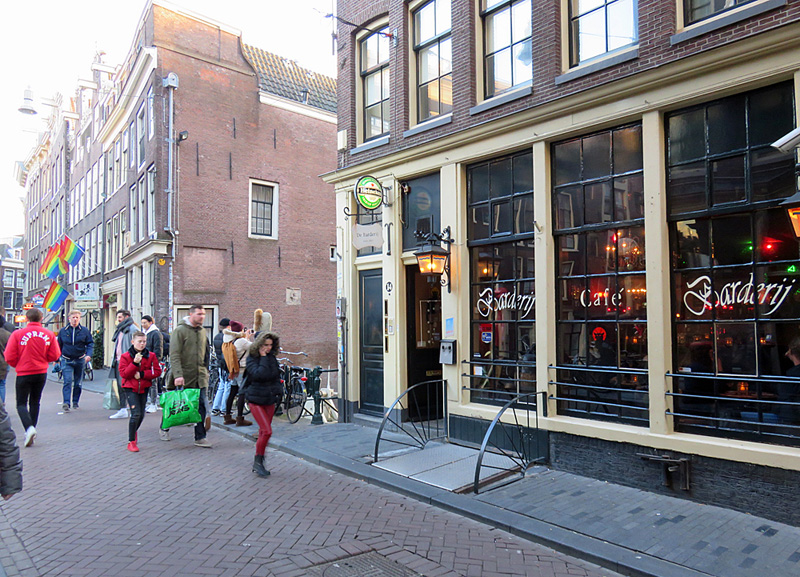